Personal web
Lucas Bretschger is Full Professor of Economics/Resource Economics at ETH Zurich and holds the title of Professor at the University of Zurich. He is the Past President of the EAERE and a member of the Swiss Academy of Engineering Sciences. His main research interests are the theory and policy of natural resources and the environment as well as endogenous growth, international trade, and climate economics. A recent focus of his research has been sustainable development under the constraints of resource scarcity, stock pollution, climate shocks, and population growth. Lucas Bretschger has been a consultant to the Swiss government on climate and energy issues and a member of the Swiss delegation at international climate negotiations. He is the organizer of the EAERE-ETH Winter school and the founder of the SURED Conference on Monte Verità, which brings together leading experts on sustainable resource use and economic dynamics.
NATALIA FABRA 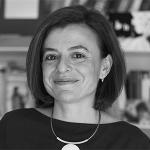 Personal web
Natalia Fabra is Professor of Economics at Universidad Carlos III de Madrid. She is Research Fellow at the Centre for Economic Policy Research, and Associate Member of the Toulouse School of Economics. She obtained her PhD in 2001 at the EUI (Florence). She works in the field of Industrial Organization, with emphasis on Energy and Environmental Economics. Her research papers are published in leading journals such as the American Economic Review, the Rand Journal of Economics, The Economic Journal, Energy Economics, The Journal of Industrial Economics, and the International Journal of Industrial Organization, among others. Natalia is Associate Editor at the Economic Journal and the Journal of Industrial Economics. She has received two distinguished awards as Spanish Best Young Economist (one awarded by the Banco Sabadell Foundation, and the other by the Madrid regional government). In 2017 she was awarded with an ERC Consolidator grant Current Tools and Policy Challenges in Electricity Markets for the period 2018-2023.
INVITED DISCUSSANTS AND PRESENTERS
STEFAN AMBEC

Personal web
Stefan Ambec is INRAE Research Professor at Toulouse School of Economics where he leads the TSE Energy and Climate Center. He is Editor-in-Chief for Resource and Energy Economics. His research focuses on the impacts of environmental policies: about their efficiency, fairness properties, their effect on firms strategies, on the welfare of citizens and their behavior. Topics include the energy transition, water use, air quality and climate change.
SIMONE BORGHESI

Personal web
Simone Borghesi (M.Sc. University College London, Ph.D. European University Institute) is Full
Professor at the University of Siena and Director of FSR Climate, the research group on climate
change at the European University Institute. He is Secretary General of the Policy Outreach
Committee of the European Association of Environmental and Resource Economists (EAERE). He
has been President of the Italian Association of Environmental and Resource Economists (IAERE).
He worked at the International Monetary Fund, the Fondazione ENI Enrico Mattei and the
University of Pescara. He has been visiting scholar at ETH (Zurich), University of Cambridge and
INRA (Grenoble). He published about 70 articles in edited volumes and peer-reviewed international
journals and 3 books. He has been invited at the United Nations and as keynote speaker at several
conferences/workshops. He has been member/Unit coordinator of several Italian and European
research projects. He is currently Director of the LIFE DICET project (Deepening International
Cooperation among Emission Trading Systems), which involves the regulators of the ETS of
Europe, California, China, New Zealand, Quebec, Switzerland.
JUAN-PABLO MONTERO 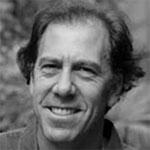 Personal web
Juan-Pablo Montero is Professor of Economics at the Pontificia Universidad Católica de Chile (PUC Chile) and has held visiting positions at the MIT Sloan School of Management (2000-2001) and at Harvards Kennedy School of Government (2005-2006). He received a Civil Engineering degree from PUC Chile and M.Sc. and Ph.D. degrees in Economics from MIT. His research work concentrates on industrial organization, environmental and resource economics and has been published in leading academic journals such as American Economic Review, Journal of Political Economy, Journal of Economic Perspectives, Journal of Economic Theory or RAND Journal of Economics. He has served in the editorial boards of Review of Environmental Economics and Policy, Review of Environment and Development Economics, among others, and now is Associate Editor of the Journal of Economic Behavior and Organization. He has also been a consultant for the Government of Chile, private corporations and international organizations in topics of industrial organization and environmental regulation. In 2007 he was named "Chilean Economist of the Year" by El Mercurio, the main Chilean newspaper.
BARBARA PRAETORIUS

Personal web
Barbara Praetorius is professor for sustainability, environmental economics and policy at HTW University of Applied Sciences in Berlin since April 2017. Before joining HTW, she was a deputy director of the think tank Agora Energiewende and, prior to that, she was head of the division Strategy and Key policy issues of the German Association of Local Public Utilities (VKU) from 2008 until 2014. She was also a Senior Researcher and Project Lead in the division Energy, Transport, Environment at DIW Berlin (the German Institute for Economic Research) from 1992 to 2008. Dr. Barbara Praetorius studied economics and political science and received her doctorate from FU Berlin in 2000 with a thesis on sustainability and the electricity market in South Africa after democratization. Her research has been published in the form of numerous books, papers and scientific journals both nationally and internationally, with a focus on economic and energy policy analyses, instruments, and strategies for the support of sustainable innovations and energy supply structures.
BEATRIZ YORDI

Personal web
Beatriz Yordi specialized in physics at the University of Santiago de Compostela, Spain. Her career began at the Spanish agency CIEMAT and in a joint venture for the first European solar PV plant. A pioneer in renewable energy policies, she joined the European Commission in 1994, working on Eco-innovation and green businesses, the promotion of renewables, and the LIFE programme in respectively DG Environment, DG Energy and EASME. She joined DG Climate Action in 2015 and two years later was appointed Director of European and International Carbon Markets, a very relevant dossier in the von der Leyen Commission.
ZHANG XILIANG

Personal web
Zhang Xiliang is Professor of Management Science and Engineering and Director of the Institute of Energy, Environment, and Economy, Tsinghua University. His current research interests include low-carbon energy economy transformation, integrated assessment of energy and climate policies, renewable energy and automotive energy. Since 2015 Professor Zhang has been heading the expert group on Chinas national carbon market design, a taskforce of the Climate Change Department of the Ministry of Ecology and Environment. Prof. Zhang served as the co-leader of the expert group for drafting China Renewable Energy Law during 2004 -2005, which was tasked by Environmental Protection and Resource Conservation Committee of National Peoples Congress. Prof. Zhang has been a lead author of the 4th and 5th IPCC Climate Change Assessment Report. He is the Chair of the Energy Systems Engineering Committee of the China Energy Research Society. Prof. Zhang holds a PhD in Systems Engineering from Tsinghua University.